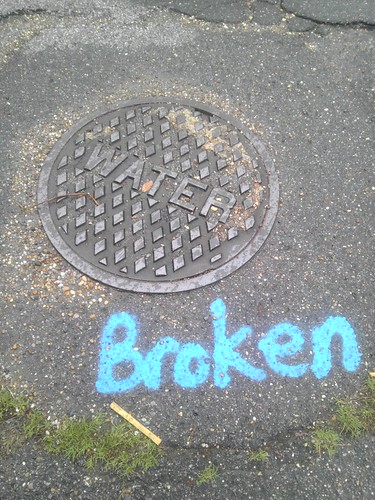 When the Army Corps of Engineers decided to blow up a levee to flood a couple hundred sq miles of Missouri farmland, to, as so many put it, "save Cairo IL", my hackles got raised.  Really? A town of 3000, formerly of 15000 when the Flood Control Act of 1928 was enacted after the historic 1927 flood, that's what all of this is about?  Um, no. That is not the whole story.  The same thing is happening here, news reports of flooding others to "save New Orleans."  In my mind, this is inflammatory.

The river is a system, and systems are complicated to describe and understand, and we write our news for a 6th grade reading level, so they were saving the town of Cairo. And now, we're flooding the Cajuns to save New Orleans.  Except it's nowhere near that simple. Louisiana may as well be a foreign country to most of you. We eat weird food, we talk funny, and we don't understand why you put up with snow and ice storms, earthquakes, tornadoes, mudslides, drought, fire, etc. You don't understand why we put up with the risk of flood, and the heat.

Since surviving Hurricane Katrina, and not even flooding (much) during the string of ACOE levee failures (at below design strength, I shall add), I got a bad case of survivors guilt, which is plaguing me again.  But why should I be the one feeling guilty? It's not like the rest of America doesn't have a stake in this whole flooding of south central Louisiana also. Isn't this the drainage of 31 states? All of the showers, toilets, farmland, etc., of a huge chunk of the country passes by us on a daily basis and we're the ones that have to deal with it. The implication is that we take on that responsibility by choosing to live where we do. A popular theme around here is that it's the cost of living in paradise. Rich, fertile soils, to answer the IMHO stupid question of why would you farm near the river. Plentiful water, sometimes too plentiful, and in some respects not really water anymore, thanks to industrial runoff. Plentiful industry, thanks to easy access to the Gulf and all of its petroleum that everyone likes to have.

Let's talk about industry, since the MSM only hints at it. Here is a list of refineries on the river below Morganza, with their US Rank and bbl/day production included.

That's 2.2 Million barrels of oil getting refined, every day, down here.  Do you use gasoline?  Then you have a stake in this.  Remember how the price of gas shot up after Katrina?  That price shock would be mild in comparison to what it would be if the river flooded out a few of the refineries on this list.  Do you use cleaning products, shampoo, bleach, bug spray?  All of that gets manufactured down here.  Why?  Industry likes to be near a navigable river.  It's the best way to make and transport these things, especially on the scale that modern America demands.

We have ports too.  The Port of South Louisiana is the busiest port in the country, in tonnage. Add Port of New Orleans (6th), Baton Rouge (13), and Plaquemines (14) and you've got as much cargo as the entire west coast of this country. Grain from the Midwest, oil from the Gulf, rubber and coffee from Central and South America. We move it.

South Louisiana hits above the belt in terms of Gross Domestic Production.  If you add Baton Rouge and New Orleans and everything in between, we would be the 26th metro area in terms of GDP, producing $110 billion every year, in an area with 2 million people.  The news media's portrayal of us as a bunch of slackers is frankly flat wrong. But it suits them better than having a frank discussion about what their advertisers need.

I'm still not a fan of flooding Morgan City, Pierre Part, and those people who most of which settled and were raised in that area well before the ACOE designated a floodway some decades ago.  I'm also not a fan of the Mississippi deciding to change course to the Atchafalaya, turning the river below Simmesport LA into a fetid tidal basin.  But the decision has been made, it is in law actually, a task from Congress to the ACOE written in shall statements decades old.  It can be argued that they had a hand in creating these sorts of high flows when they built the levee system in the first place, hemming in the river for thousands of miles.

So I must trust the Corps that failed me before, and I have to swallow the fact that the highway I went down not 2 weeks ago on the way back from Lafayette will be underwater. I hope for the best for those people, both those who decided to live in a designated floodway and whose whose land was designated a floodway.  I was glad when I heard that they were opening the Morganza to only a fraction of its capacity. I have to trust the ACOE 's engineering here, since I don't have much of a choice.

But if anyone is going to try and make me feel guilty about this choice, I'll point out we all have to live with this choice. Letting any part of Baton Rouge to New Orleans flood simply isn't an option, not just for us that live here, but for the whole country.

We're not flooding the Atchafalaya just to save New Orleans, but all of Cancer Alley.

So you can have gasoline, and plastic, and cleaning products, and bug spray, and shampoo. Talk about that shit on the news.

So, when the light never changes, and people start treating it like a 4-way stop, maybe you should DO THAT TOO. Oh, wait, I see you don't know how, as you've stopped in the middle of the intersection, blocking the people from the left so you can let the stopped traffic from the right through.

Tourist #1: How about Italian?
Tourist #2: You know there are perfectly good Italian restaurants back home in Wisconsin. You don't go to New York City for the food.

I came across one of those anigifs that you can't stop looking at.  Then I checked out teh users other icons and they all kinda sucked.  Anyways,

with the triple horn thing that sounded like a railroad whistle. You kept walking/bumping into me, trying to muscle your way to the front with your fake tittied hoochie, blowing the loud ass horn constantly.

I don't normally have any desire to put things in a man's ass, but last night, I was willing to make an exception.

Especially those who have done renovations recently, and especially in the GO Zone

Got anyone good to do my taxes?

A cop got shot tonight, 3 blocks from my house. Those 3 blocks are like night and day. 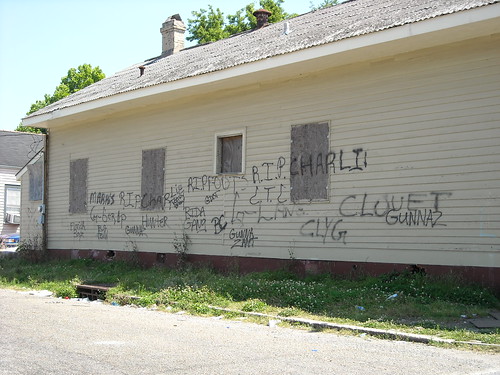 For at least an hour now, helicopters flying passes back and forth above my house. It's gonna give me the PTSD.

The heli just left and there are moving sirens. Excitement!

I feel better about the Not Our Problem Dude now that a plainclothes team was working there.
Collapse